After the 2008 financial crisis, we all wanted to know more about investment banks. This term was not a part of our everyday vocabulary before the first signs of the credit crisis.

Investment banks have nothing to do with regular commercial banks. We don’t go to an investment bank if we want to get a credit card or to raise a mortgage.

Consequently, you can sell some bonds with the help of an investment bank. As a result, you could gather the needed financial assets.

Also, investment banks can sometimes resolve complicated situations. Warren Buffett, the chairman of Berkshire Hathaway, refused to split the stocks. Thus, smaller investors could not buy them. However, this problem was solved by bankers and the shares were available to everyone.

In order to exclude any intermediaries, he came up with a dual-class capital structure. Moreover, he did it with the help of his investment bank. This allowed the executives to control the majority of votes, while having a small percentage of entire equity.

It is important to point that none of this would have happened if it were not for the investment bankers.

We can say that investment banks deal either with the buy or the sell side of the business. However, there are institutions that deal with both.

Usually, the work in investment banks is divided between the front office, middle office and the back office.

The front office generally helps businesses with the acquisition of new assets. In addition, they can help companies with potential mergers. They also work on in-depth research for a selected group of clients. Furthermore, they deal with potential risks regarding future investments. Also, they quite often work with clients on corporate financing and merchant banking. 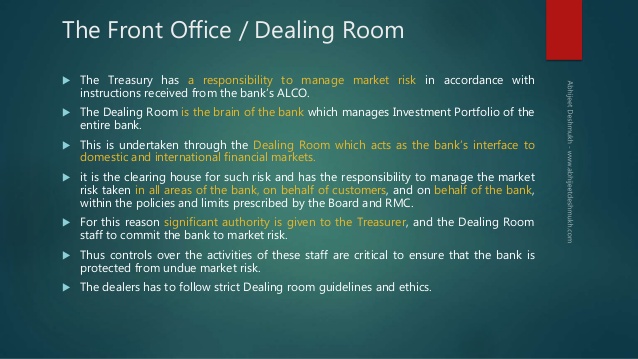 The middle office represents a very important part of every investment bank. They make sure that none of the transactions are violating the restrictions.

Moreover, they keep an eye on the liquidity. It is one of the most important things to be done since the 2008 crisis. In addition, the middle office can impose limitations on the activities of other employees. Therefore, we can think of the middle office as risk managers. 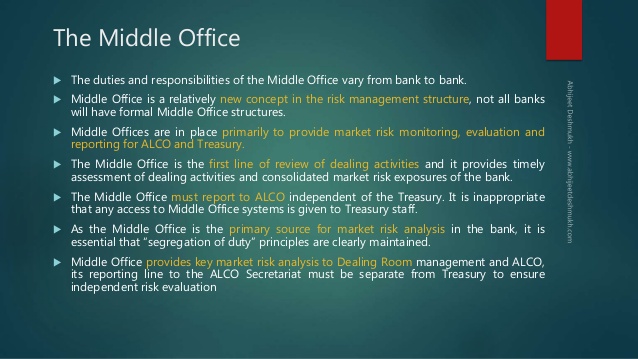 It is quite safe to say that any of this would be impossible without the back office. Their work may appear as dull and unappealing, but it is essential for every investment bank. Moreover, they handle all the technological problems. In addition, they work on better algorithms and make sure that trades are confirmed. 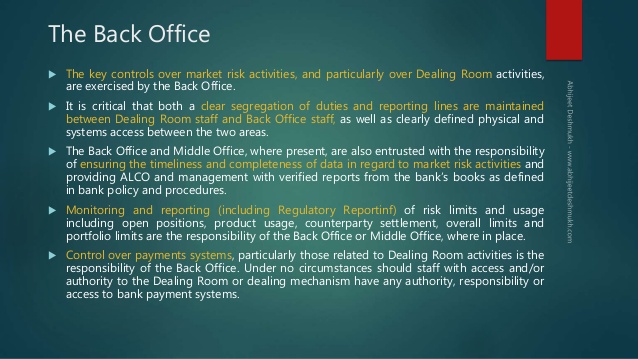 What do investment banks deal with?

For a long time, investment banks located in the United States were not a part of commercial banks. The regulators thought that this would be too big of a risk. They worried about the liquidity of regular banks. Although investments banks can generate a lot of profit, they also deal with much riskier processes than commercial banks.

However, these types of rules were not present in countries such as Switzerland. Interestingly, they thought that merging of investment and regular commercial banks was a great idea. 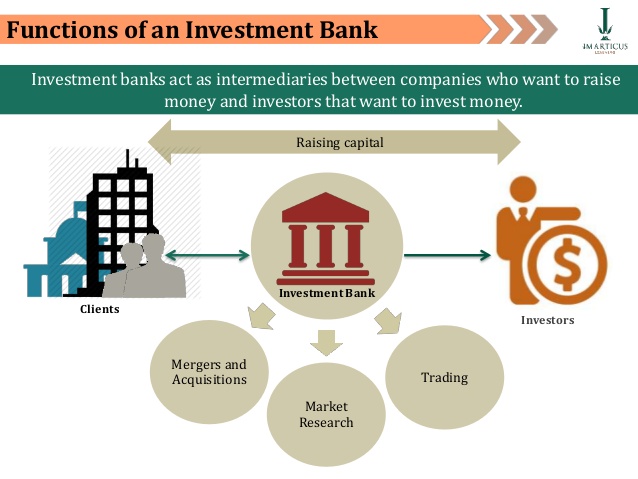 Also, it is important to note that the Union Bank of Switzerland had losses of about 21 billion Swiss Francs. Furthermore, this occurred  due to the investment bank.

In order to cover their losses, they had to trade with shares and securities. As a result, they managed to replace more than 60% of shareholder equity.

Most experts say that the last financial crisis happened because of the investment banks. That was due to their trade with collateralized debt obligations (CDOs). It was the regular stockholders that had the most problems due to these trade speculations.

Investment banks can also offer preferred stocks to more important investors. These types of investors are usually banks or insurance companies. Moreover, they can issue bonds. This can help companies during an expansion.

Furthermore, investment banks can insure bonds or create new stock (credit default swap).  Also, they can speculate on the possible worth of gold in the foreseeable future.