A quick note: on suggestion from one of our readers, I’ve decided to change these types of posts from the original “Metric of the Week” to a more broad “Investor’s Toolkit”. The reason for this is twofold. First, due to my full time job as well as other time constraints, I have had less time than I would like to devote to this blog. I would rather spend time writing higher quality, lengthy posts than a few short weekly ones. If I stayed committed to a weekly metric post, then what would eventually happen is that these would dominate the blog for those periods when I can’t get at least one other post out that same week. I don’t want this blog to sacrifice quality for regular but abbreviated content. I hope that makes sense.

The second, and more important reason, is simply that we’ll eventually run out of metrics to cover. Because of that, I want to broaden the scope of these types of posts to include things other than metrics, e.g. investing tools, worksheets that I might make, and brokerage platforms.

We (my friend John, who has written most of them so far, and I) will continue to cover the basic metrics, but be on the lookout for different metrics and resources covered in upcoming “Investor’s Toolkits”!

This week we’re looking at beta. In short, beta is essentially the correlation with the market that a particular stock holds, based on past performance. For instance, suppose Intel (INTC) has a beta of 1.1. This is common for established, blue-chip companies. If the market as a whole (S&P 500 or the Russell 3000) moves up 1% on a given day, then we should expect INTC to move up 1.1% that day (on average). Similarly, if the market moved down 1.5% one day, INTC should drop 1.65%. A beta of 1 means that a stock on average is perfectly correlated to the overall market. A beta of -1 means that a stock is perfectly negatively correlated to the market.

In turn, investors would expect to be rewarded (more than the stock market average) by buying stocks with betas that are greater than 1. Why? Because they are taking on more risk. At a beta of 1.5, stock moves are presumably amplified 150%. Vice versa with losses. On the other hand, buying a stock with a beta of less than 1 should not reward investors, because the stock price fluctuations will not be as extreme. The downside risk is lessened as is the upside.

Conversely, if stocks have a negative beta, it would imply that their movements tend to be negatively correlated with the market. However, in practice this doesn’t happen very often because most stocks are subject to market risk, which often means that factors outside the company’s control can affect the share price. I actually did a quick Yahoo Finance screen to see if I could find any company with a negative beta and didn’t find anything. The only stock with a beta of 0 is Central Gold-Trust (GTU). According to Google Finance, it has a beta of 0.04. That is pretty close, and implies that GTU does not have really any correlation to market performance. Again, I didn’t see any that were negatively correlated with the market.

Uses and shortcomings of Beta

Beta is one of those tools that I typically glance at when looking at a stock, but don’t really factor into any decisions. Because beta is a backwards-looking metric, it is only marginally useful to predict the price of a stock going forward, much like the trailing price-to-earnings ratio. Beta can and will fluctuate each day based on the market’s performance on the prior day. Beta won’t force a stock to behave a certain way, but since other investors look at it, it might be partly a self-fulfilling prophecy.

For the mathematically inclined, beta is also used in a number of financial formulas, such as the capital asset pricing model (CAPM). CAPM basically tells you what the “required rate of return” is on a stock given the risk free rate, market risk premium, and the stock’s beta.

Beta is also applicable to other asset classes as well. As with stocks, we use it to gauge the general correlation between that asset’s returns and the stock market. Take, for example, timber: timber is an asset usually uncorrelated with the stock market return. Therefore, it might have an beta equal to or close to zero. 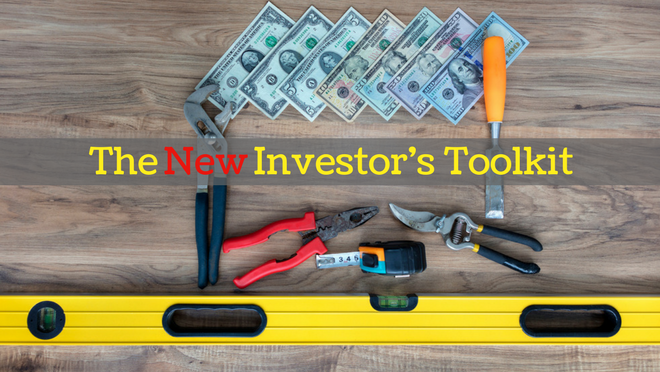 Seth Klarman, a hedge fund manager I follow who is in charge of the Baupost Group, has said the following about beta. It is in his seminal work, The Margin of Safety, which has been out of print for a while now and sells for $1000+ on eBay and Amazon:

“I find it preposterous that a single number reflecting past price fluctuations could be thought to completely describe the risk in a security. Beta views risk solely from the perspective of market prices, failing to take into consideration specific business fundamentals or economic developments… Beta also assumes that the upside potential and downside risk of any investment are essentially equal, being simply a function of that investment’s volatility compared with that of the market as a whole. This too is inconsistent with the world as we know it. The reality is that past security price volatility does not reliably predict future investment performance (or even future volatility) and therefore is a poor measure of risk.”

That being said, it still helps to understand what beta measures. As I said before, oftentimes in the market, investors seek any metric they can use to justify why they should buy a stock, and this sometimes leads to self-fulfilling prophecies.